Late at night on a local train in Mumbai, young Chini witnesses an incident that forces her to face up to demons from her past. Based on a true story, the narrative revolves around a little girl growing up in poverty with her father in a rural area. When he's unable to manage caring for her himself, he sends Chini to her uncle in a nearby town, where life-changing events occur. Blending past and present and with forceful drama, the film tackles crucial, taboo topics, tracing the recurring question of responsibility – or silence.

Audience comments after the premiere of 'The Silence' in Stuttgart, Germany

A friend whom I've known since I was 16, has been abusing a 5 year old for the past 2 years. After watching The Silence I'm going to try to do something about it.

My father used to assault me when I was a kid. I'm still not over it. I now have a young daughter and I would like for her to watch the movie.

There was a point when I just wanted to scream and leave the theater so overcome I was with emotion.

There were about 100 people at the screening, half of them were crying when they exited the hall.

Womanhood – The Battle to be Thyself

STORY AND SCREENPLAY BY

DIRECTION, SCREENPLAY AND DIALOGUES BY 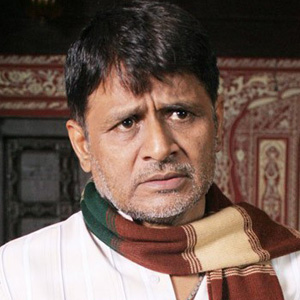 Raghubir Yadav is an Indian film, stage and television actor, music composer, singer and set designer. He made his film debut with Massey Sahib (1985) in which Yadav played the title role. Raghubir Yadav is an alumnus of the 1977 batch at the National School of Drama, New Delhi.

Yadav performed as an actor and singer in over 70 plays and about 2500 shows, travelling in caravans, living in tents and performing on makeshift stages in villages, towns and cities of India with the Parsi Theatre Company (1967–1973). He was with the Rangoli Puppet Theatre, Lucknow (1973–1974), performing with glove puppets. At the National School of Drama Repertory (1977–1986), he acted in about 40 plays in over 2000 shows.

Yadav started his television career with the TV series 'Mungerilal Ke Haseen Sapne' (1990), playing the lead character 'Mungerilal'. Later he played the roles of Haji Nasruddin in the series 'Mulla Nasiruddin' and the lead in 'Chacha Chaudhary'. He also played the lead role for BI T.V. in 'Arjun Pandit'.

He composes and sings in films and has also provided singing and voice for ads. He also sang and composed the famous Madhya Pradesh tourism ad -'MP ajab hai, sabse gazab hai'. 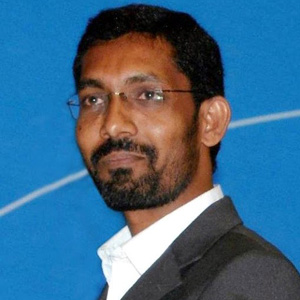 Nagraj Manjule is a National Award-winning Indian filmmaker and screenwriter known for his first short film Pistulya. He hails from a small village in Maharashtra and has written and directed his first Feature film called Fandry. He is a writer and a poet and has published a book of poetry in Marathi called Unhachya Katavirudhha which won very prestigious award called "Bhairuratan Damani Sahitya Puraskar.

His first National Award winning short film 'Pitsulya' is a reflection of his 'felt experience' where he made a guest appearance in the movie. Thereafter he made his debut feature film, Fandry in 2013, which was commercially released in February 2014.He played the role of Chankeshwar Sathe in the movie. Fandry literally means pig in the Kaikadi language, spoken by nomadic Kaikadi tribe, which is considered untouchable in Maharashtra and film deals with the issue of caste system-based discrimination. 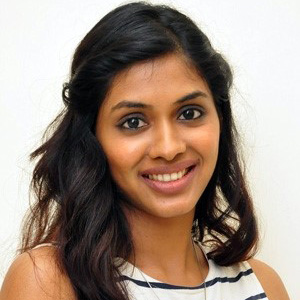 Born in Nasik, Anjali is a National School of Drama graduate. An international film and theatre actress; she has earned rave reviews for her work in 'Delhi in a Day', 'Chakravyuh' and Sri Lankan film 'With You Without You'. She received the Silver Peacock Award for Best Actress at International Film Festival of India in Goa in November 2012 for 'With you Without You'. In 2013, she was starred in the Telugu film, 'Na Bangaaru Talli' for which she has received the National Film Award – Special Mention.

Patil's first feature film opportunity came with Prashant Nair's Hindi-English international independent film 'Delhi in a Day'. In 2010-11, Patil worked as the lead actress and also a producer on an international short film 'Green Bangles'. Her big Bollywood break came with Prakash Jha's latest film on issues related to Naxalwad, 'Chakravyuh'. In 2012, Patil acted in regional language films like 'Prathayam' in India. 'Oba Nathuwa Obe Ekka' (With You, Without You) (2012) was her another international collaboration with acclaimed Sri Lankan writer-director Prasanna Vithanage. In 2013, Patil worked with writer-director Sanjay Chhel on his film 'Kill The Rapist'. Her latest release includes Homi Adajania's 'Finding Fanny' where she played the role of Fanny. 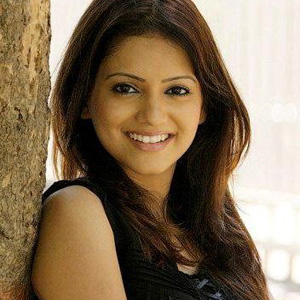 Kadambari was born on 13th October 1988 in Mumbai. His father was associated with the cultural committee of BEST. She completed her schooling from Goregaon Vidyamandir School, Mumbai and did her further education from Sathye College, Mumbai. She is mainly recognized as a Marathi actress. She has done several Marathi movies as well as Marathi and Hindi serials.

Kadambari started her acting career since her childhood. At the age of 3, she was roped in for the children's play 'Chimna Bagadto Baget'. Later, while studying in college, she received an offer from the television serial 'Deepastambha', which used to air on Prabhat Channel. It was her acting debut in the industry.

Kadambari has worked in many movies like 'Tula Shikvin Changala Dhada', 'Hi Porgi Konachi', 'Patla Tar Ghya', 'Kshanbhar Vishranti' and 'Aaghaat'. In 2012, she acted in the movie 'Ajinkya' opposite Sandeep Kulkarni. She also played the supporting role in the movie 'Mangalashtak Once More' in 2013. After 'Deepstambh', Kadambari has acted in various Marathi serials like 'Indradhanushya' and 'Akalpit'. She has played the lead role Star Pravah's serial 'Tujvin Sakhya Re'. She was also the contestant of the dance reality show 'Maharashtracha Nach Baliye' along with her husband. She is most remembered for her role as Janaki from Zee TV's popular serial 'Teen Bahuraniyan'. Due to this show, she even got famous internationally. She has also played small roles in Hindi serials like 'Kabhi Sautan Kabhi Saheli' and 'Kehta Hai Dil'. In 2013, she replaced Shamin Manan for the role of Bhoomi in Color's popular show 'Sanskaar'.

Apart from serials, she continued playing roles in various plays as well. Her play 'Tom Aani Jerry' became popular for which she won MIFTA Best Actress Award. She is also popular for her play 'See You Again'. 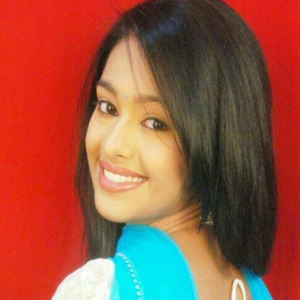 The very charming and talented actress Mugdha Chapekar can be described as the perfect look-alike of the great Bollywood actress Padmini Kolhapure and was born in the tinsel town and brought up over there. Mugdha Chaphekar is an Indian television actress, who gained popularity due to her role of Princess Sanyogita in the series " Dharti Ka Veer Yodha Prithviraj Chauhan". She started her career in acting at the age of 5. She also acted in serials like Jassi Jaisi Koi Nahi and Kya Mujhse Dosti Karoge. She has also worked in films as a child artist.

As a child artist she has worked with popular actors including the likes of Dharmendra and Prem Chopra. She was seen meting out a splendid performance in the Bollywood flick named `Aazmaish` along with another popular Bollywood actor Sachin. Mugdha was first noticed in the popular show 'Dharti Ka Veer Yodha Prithviraj Chauhan'. She had played the role of Aarti in 'Sajan Re Jhoot Mat Bolo' and she played the role of Dhwani in 'Golmaal Hai Bhai Sab Golmaal Hai' on Sab TV. Mugdha has been seen in Bindass's show 'Halla Bol'. This show was based on social abuse against women. She currently plays the lead role in Zee TV show titled 'Satrangi Sasural' as Aarushi.